LOOKING FOR A FUN, ENGAGING
AND UNIQUE NIGHT OUT? YOU’VE FOUND IT!

Do or Die Productions was founded by CJ Crowe and has
been inviting audiences to Eat, Drink and be Wary since 1993.

Do or Die has performed as the house mystery company for Blair Mansion Restaurant (sorry folks, it’s closed now), Chesapeake Music Hall (sorry, folks, this one closed too. Nothing to do with us, we swear), Flanagan’s Harp and Fiddle (we left), Chesapeake Arts Center and myriad corporate parties and fundraisers. Currently Do or Die performs regularly at the Sunset Resaurant, 625 Greenway in Glen Burnie. In 2015, Do or Die Productions was nominated for Best Professional Comic Improv Troupe by the Maryland Theatre Guide Readers’ Choice Awards. We lost. As of 2015, it is the only murder mystery company in Maryland/DC/Baltimore corridor with a 5 star YELP rating. In short, we aim to please – but we shoot to kill.

Crowe is the primary writer and director of Do or Die shows. As such, she finds it is much easier to get the roles she wants without having to sleep with anyone but herself. She has written, directed and produced over twenty-five murder mystery shows that she admits too, and at least ten others that she doesn’t.

Oh yeah, and she’s also been a teaching artist for thirty years. Classes include comedic acting, improvisation, interactive improvisation, character development, monologue study, scene study, writing for stage, speech writing, public speaking and several workshops on whole body communication for the corporate world. Other than that, she is a fat, boring old lady who dotes on her dog.

Let us clue you in on upcoming shows.  Remember, we often add shows if we sell out quickly, so check the websites frequently and obsessively. 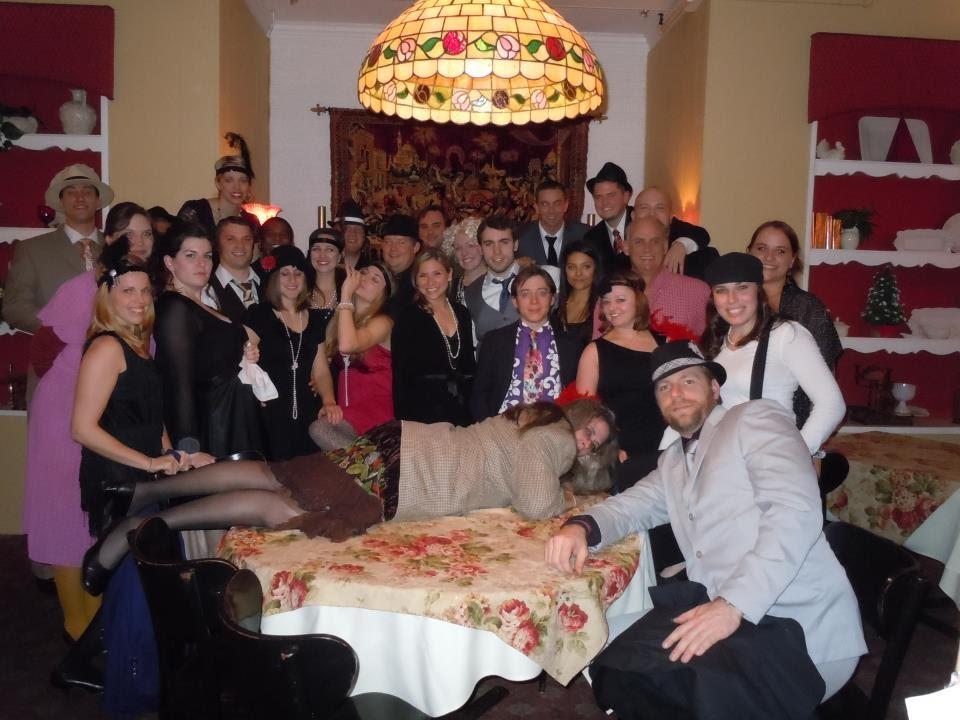